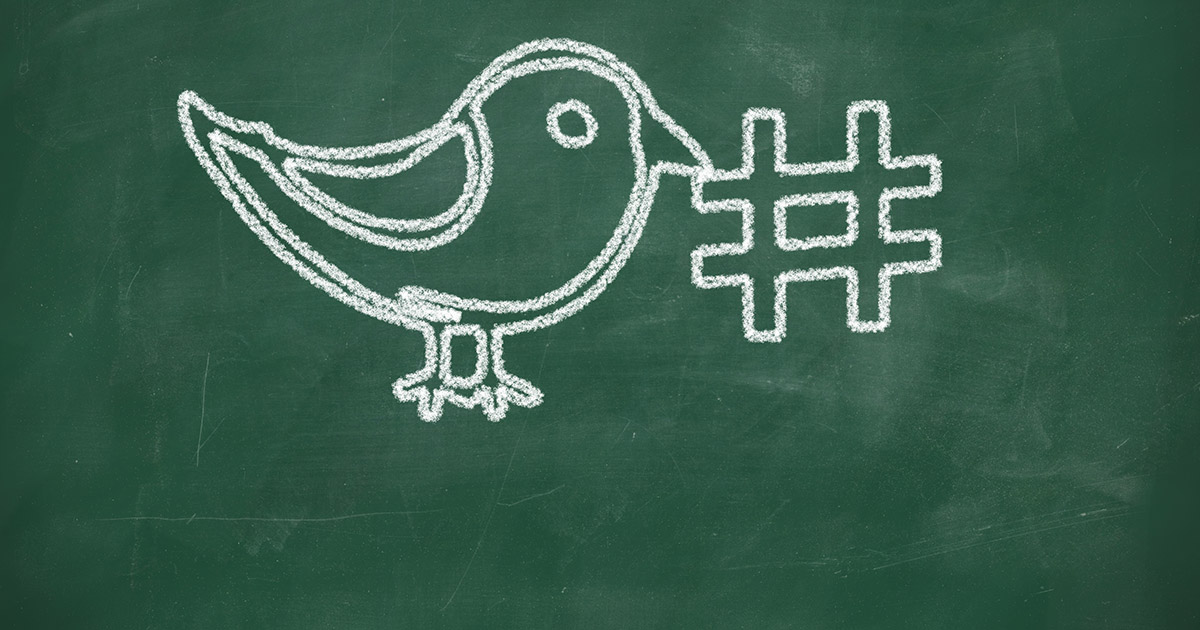 People use hashtags on Twitter to find content that interests them. As a user, hashtags can help you find a following. As a brand, hashtags can help you learn more about your customers’ wants and pain points through social listening. You can use this information to address concerns, improve products or services, or even develop new offerings that meet customer demands.

TrackMaven analyzed 65,000 posts by brands on Twitter, Instagram, and Facebook in order to determine the best number of hashtags and the best hashtag length for each of the social media platforms.

With a 280-character limit, less is best for Twitter. This philosophy carries over to hashtag use on the platform. Tweets with only one hashtag received the most engagement in the TrackMaven study. Note the sharp decline in engagement as hashtags per post increase in the graph below.

Hashtags allow users to group posts together so they can follow topics of interest. By searching hashtags, users can view conversations from multiple Twitter accounts in a single stream, like this search for #SEOtools: 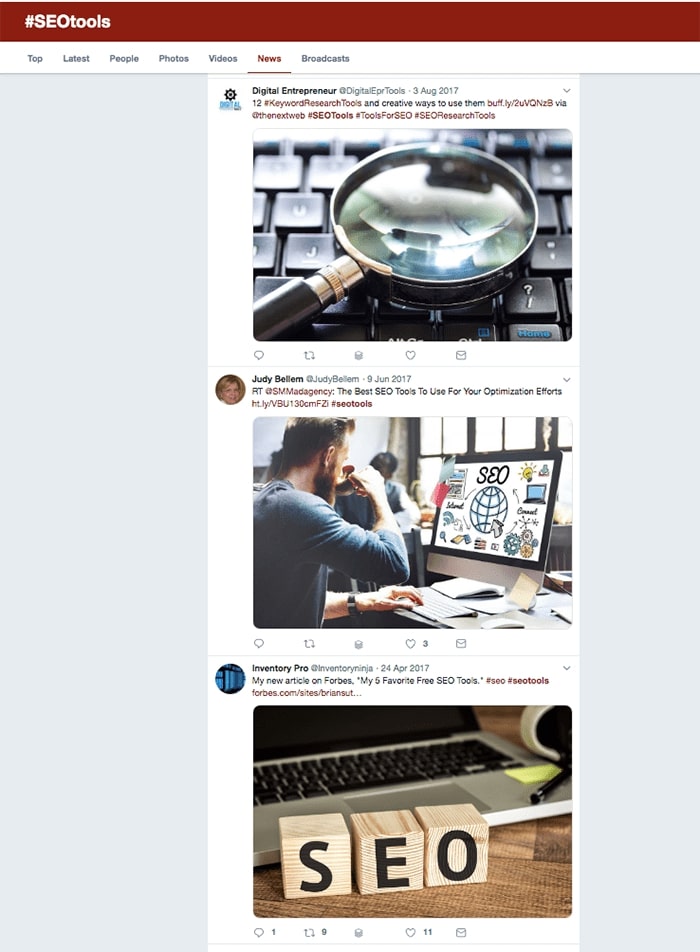 Here are a few ways that you can effectively use hashtags on Twitter to join in conversations, track topics of interest, and create community:

Events - If you’re hosting an event, create a branded hashtag. Use this tag in advance of the event to promote it and during the event to share what’s happening. Incorporating a branded hashtag will help you to raise awareness and excitement for the event and create a sense of community among attendees. Encourage all attendees to use the same hashtag, which allows them to contribute to the discussion and even to create new discussions about the event. Used well, an event hashtag is like an invitation to an online party.

Research - Use hashtags to do research on your customers and competitors. Discover what your audience is interested in and talking about. Get feedback and opinions from them on topics that you are exploring. Create questions or polls to drive engagement and gain insight. Check out your competition by performing searches of the hashtags they’re using, and create feeds to follow and stay informed of their activity.

Twitter Chats - Host or participate in Twitter chats. These online, public conversations typically occur weekly or monthly at a pre-designated date and time. They are led by a moderator and revolve around a topic of interest. Twitter chats allow people from all over the world with shared interests to gather online and share, discuss, and learn in a way that had not been possible before. For instance:

A number of online lists track or host Tweet Chats you can join including Tweet Reports, twubs, and TweetChat.

Comment on a Twitter Moment - Jump in and join the conversation when you see a post with a hashtag of interest. Fans of the British royals are sharing #GlobalSussexBabyShower. This tag was started to celebrate the birth of Prince Harry and Meghan Markle’s first child and raise money for some of the royal family’s favorite charities.

Curate a story - Do you have exciting news to share about a new product or service? Is there an inspirational story that deserves mention? Consider creating a story – 240 characters at a time – and tie the Tweets together using a single hashtag.

Use hashtags to catalog a campaign - Because of its powerful ability to pull conversations into a single thread, creating a hashtag that is specific to a marketing campaign is a great way to catalog activity around that campaign.

Use hashtags consistently - Create categories of content from your company or brand. For instance, if you are a dentist, you might consider consistently using tags that identify you by location and specialty, as well as include topic-specific tags. Examples include: #IndianapolisDentist, #PediatricDentist, #KidsDentist, #YouthToothCare, #DentalDisease, #When2SeeYourDentist

Use newsjacking to get noticed - Newsjacking is the term for creating your own content that piggybacks off of a popular news item or event. Done effectively, it can draw attention to your brand or product and generate lots of visibility. Done poorly, it can make you a social media pariah.

Oreo is the quintessential newsjacker. The Ravens and the 49ers might have played the game, but Oreo won the Super Bowl in 2013 with this tweet during a power outage at the stadium: 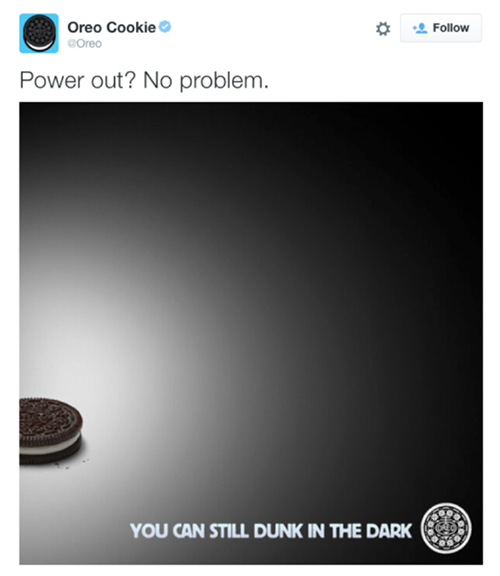 If you are going to take the risk and do some newsjacking, make sure your contribution to the news tag conversation is positive and relevant. Don’t jump into the fray with insensitive comments or content that makes it seem as though you are taking advantage of a moment for your own benefit.

The Gap’s tweet about staying indoors during Hurricane #Sandy fell flat, and for good reason:

When you use newsjacking as a content strategy, don’t offend anyone. Stay away from controversial topics, and whatever you do, do not make light of sensitive subjects. Our best advice is review, review, review. Have multiple people take a look at and approve posts that use newsjacked hashtags.

Kenneth Cole’s tone-deaf post that tried to capitalize on the Arab Spring is one of the most-referenced newsjacking fails. As citizens in Egypt were fighting and dying for political freedom, Kenneth Cole posted this (now deleted) tweet:

If you’re new to Twitter and aren’t fully confident in your hashtag game, the best thing you can do is follow major brands and observe how they use hashtags to engage users. Then experiment with your own tweets to find out which hashtags are helping you move toward your goals.

Better yet, fill out the form below to start a conversation about how BoxCrush can help you engage and convert customers through social media.