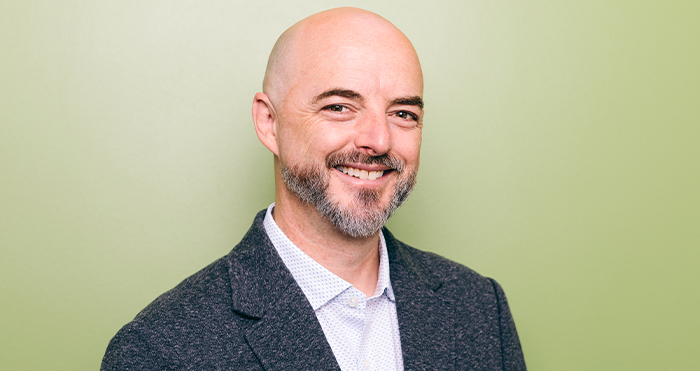 "When I went to college for graphic design and advertising, the web as we know it now did not exist. I feel very fortunate to have been a part of the Indianapolis website design industry right from its infancy. There were no web design classes or instructors; everything we were doing was new and pioneering. The community has certainly evolved, and there are a lot of top-notch digital marketing companies now in the Indianapolis area. My goal with BoxCrush is to continue to produce high-quality websites that elevate our clients’ brand identities and help establish and grow their success in the marketplace. I firmly believe that our clients’ successes are integrally linked to ours."
Dan Finney | Founder and President

Dan started building websites in 1997 as a designer for a local Indianapolis ad agency. Web design classes didn't exist at the time, so he learned a lot by examining the source code of existing websites and experimenting.

At the time, a lot of ad agencies treated the web as just another collateral piece; an electronic brochure. But Dan knew the future of marketing was the internet. He left the ad agency world and incorporated in April of 2002 as a solo freelancer. He began hiring developers, marketers, and designers as the workload increased.

The company continued to grow and became BoxCrush, Inc. The trademarked name reflects the company's out-of-the-box approach to internet marketing.

BoxCrush® has evolved into a digital marketing, website development, and design company that serves a variety of industries, including nonprofit, retail, information technology, transportation, and manufacturing.

Dan develops and implements unique online marketing strategies that help set clients apart from their competition. His strength lies in his ability to translate a company's brand identity into attractive and user-friendly websites. Each one is unique to the company it represents.

Dan guides the operations at BoxCrush to ensure strategic goals are met, but he never micromanages. He hires outstanding talent and trusts the decisions they make. BoxCrush’s exceptional growth is a result of Dan's vision, creative direction, and talent recruitment.

Dan is a geek, no getting around that – but he's a well-rounded geek. He's also a husband, a father of two beautiful daughters, and he's a middle squeezer (think toothpaste). He loves building things for his kids, playing video games, doing projects around the house, scouring iTunes for obscure Irish punk rock songs, and going off-roading in his bright red Jeep. Dan is a past board member of the American Advertising Federation (AAF) in Indianapolis.